The Timeless Music about Christ’s Birth

In this post, I am giving you a gift of Nativity music from my heart, which I hope you will enjoy and be inspired by 365 days a year. While music about the birth of Jesus is played and sung almost exclusively in December the world over, I’d like to make what some will see as a radical suggestion — that Christians use it in worship all year round.

After all (as everyone from the Catholic and Jewish Encyclopedias to countless Protestant Commentaries all agree) we have no unimpeachable knowledge as to when He was born — although it seems highly unlikely that it was December 25.

The date of the birth of Jesus was never revealed to us, which in and of itself raises the question of whether we were intended to observe it at all. But that hasn’t stopped speculation throughout the last 2000 years. It seems to have been in Egypt after 200 A.D. when the very first feast of the Nativity was held, and Bishop Clement of Alexandria noted that the church there “curiously” selected the date of May 20, “apparently out of thin air.”

In modern times, because so much of the earthly ministry of Christ (our Passover) was linked to God’s Holy Days, some theologians have suggested He may have been born on the first day of the Feast of Tabernacles, and therefore circumcised on the 8th and Last Great Day of the Feast.

More recently, a new and compelling theory of the birth date of Christ has come from Jonathan Cahn, the Messianic Jewish author of the best-selling books The Harbinger and The Mystery of the Shemitah. Drawing research from such widely diverse sources as the Talmud, the Dead Sea Scrolls, the Greco-Roman astronomer/astrologer Ptolemy, the Vatican document archives, and numerous Scripture references from both Testaments, Cahn believes that the most doctrinally, historically, and prophetically sound choice is Nisan 1 — the first day of the first month of the Hebrew sacred calendar — which falls each year somewhere from late-March to early-April in the Western calendar. (If you have an interest in hearing Cahn’s 30-minute explanation of his remarkable reasoning and findings, click here to watch his video.)

Even with such interesting theories to choose from, the fact is that we simply do not know for certain when Christ was born.

Celebrating the FACT of His birth, taken in tandem with what it means for our eternal lives, seems far more important than celebrating solely on the day we think may be the anniversary of it. So might we agree to use the Nativity story for worship at any time of the year, employing all of the glorious music written about it? This is literally, I hope, a “timeless” suggestion.

With that in mind, here are four works that are up there among the greatest Nativity carols/arias/performances/recordings that I have ever encountered. While this article offers only four of them, I may well add more as time goes by.

As always, it will be true for each of them that good quality headphones are almost mandatory, in order to appreciate the subtleties and nuances of the performances.
(I’ve given the complete lyrics for each selection at the bottom of this post, in case you want to follow along.)

ONE   “Mary Did You Know” (Pentatonix)

This first selection was originally a gospel song that many have come to love. Of the 15+ recordings of it I have heard, this performance is by far and away the most pure, inspirational, tender, and beautiful. It is performed with precision laced with abundant feeling by the a cappella specialists Pentatonix. The amazing musical climax they provide — beginning (at 2:20) with Jesus being “the Lord of all Creation” and ending with (most emphatically, at 2:48) the revelation He Himself made that He was “the Great I AM” — reflects and summarizes the most astonishing of all the aspects of the earthly-yet-eternal life of the Christ.

“Mary Did You Know” by Pentatonix

This gem is a modern setting of the 17th-century poem “A Christmas Carol” by Robert Herrick. And you may find, as Adrianne and I do, this to be one of the sweetest and most beautiful carols ever. Composer John Rutter is renowned for his short pieces about the birth of Christ, and he may have reached his pinnacle with this one. He is conducting his own Cambridge Singers here, in what is almost certainly the most moving, jewel-like performance of it on record.

“What Sweeter Music” by John Rutter and the Cambridge Singers

This sweet lullaby comes from a larger work, a cantata telling the entire story of the Nativity called Hodie (This Day), written by English composer Ralph Vaughan Williams. I strongly commend the entire hour-long masterpiece to you, but here I’m giving you one short section only — the endearingly sweet lullaby of Mary as she “ponders in her heart” the mystery of her being the mother of the Savior of the world. Sir David Willcocks conducts the Choristers of Westminster Abbey and the London Symphony Orchestra in this classic 1965 recording. The soloist is the incomparable Dame Janet Baker. 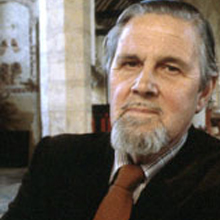 FOUR   “All My Heart This Night Rejoices” (Alfred Deller)

2016 marked the 350th anniversary of the writing of this traditional chorale by German composer Johann Ebeling. I freely admit to having a sentimental attachment to this recording, performed by countertenor Alfred Deller. As far back in ancient history as my college days, I fell in love with Deller’s beautiful singing, his lyrical phrasings, the gentle counterpoint of the accompaniment as played by lutenist/guitarist Desmond Dupré, as well as the carol’s endearing message and the music’s graceful lilt. Some may be taken aback by hearing a man sing with such a high-pitched voice, but the countertenor (sometimes called male alto) voice has a long and distinguished history in Western music. (Mark Deller, Alfred’s son, is also one of England’s foremost countertenors.) If you think about it, our popular music also includes men with equally high ranges — but none, I would suggest, are as simply beautiful as Deller’s.

“All My Heart This Night Rejoices” by Alfred Deller

ONE   Mary Did You Know” (Pentatonix)

Mary, did you know?

The blind will see, the deaf will hear, the dead will live again.
The lame will leap, the dumb will speak the praises of the Lamb.

What sweeter music can we bring
Than a carol, for to sing
The birth of this our heavenly King?
Awake the voice! Awake the string!

Dark and dull night, fly hence away,
And give the honor to this day,
That sees December turned to May.

Why does the chilling winter’s morn
Smile, like a field beset with corn?
Or smell like a meadow newly-shorn,
Thus, on the sudden? Come and see
The cause, why things thus fragrant be:
‘Tis He is born, whose quickening birth
Gives life and luster, public mirth,
To heaven and the under-earth.

We see him come, and know him ours,
Who, with his sunshine and his showers,
Turns all the patient ground to flowers.
The darling of the world is come,
And fit it is, we find a room
To welcome him. The nobler part
Of all the house here, is the heart.

Which we will give him; and bequeath
This holly and this ivy wreath,
To do him honour, who’s our King,
And Lord of all this revelling.

What sweeter music can we bring,
Than a carol for to sing
The birth of this our heavenly King?

(“A Christmas Carol” by Robert Herrick)


THREE   “Sweet Was the Song the Virgin Sang” (Vaughan Williams)

But Mary kept all these things,
and pondered them in her heart.

Sweet was the song the Virgin sang,
When she to Bethlem Juda came
And was delivered of a Son,
That blessed Jesus hath to name:
“Lulla, lulla, lulla-bye,
Sweet Babe,” sang she,
And rocked him sweetly
on her knee.


FOUR   “All My Heart This Night Rejoices” (Alfred Deller)

All my heart this night rejoices,
As I hear,
Far and near,
Sweetest angel voices.
“Christ is born,” their choirs are singing,
Till the air
Everywhere
Now with joy is ringing.

Hark! a voice from yonder manger,
Soft and sweet,
Doth entreat,
“Flee from woe and danger.
Brethren come, from all doth grieve you
You are freed,
All you need
I will surely give you.”

Come then, let us hasten yonder;
Here let all,
Great and small,
Kneel in awe and wonder.
Love Him who with love is yearning;
Hail the Star
That from far
Bright with hope is burning!

Thee, dear Lord, with heed I’ll cherish,
Live to Thee,
And with Thee
Dying, shall not perish;
But shall dwell with Thee for ever,
Far on high
In the joy
That can alter never.